Second round of inauguration events: it's the turn of Valdagno and Saalfelden

The inauguration events in the SMART pilot municipalities are keeping going on!

On 10 and 11 June it was the turn of the Municipality of Valdagno.

On the occasionSMART project final event hosted by the Municipality of Valdagno on the same days, inaugural events were organized addressed to the local community and interested stakeholders, and consisting of: two public lectures presenting the results achieved, accompanied by a series of guided tours at the Museum of Textile Machinery and Silent Play walking tours. 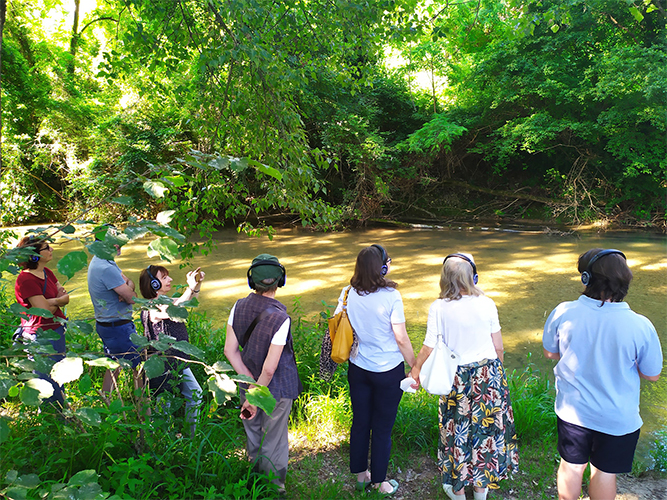 On 10 June, following the first international final conference of the SMART project, conference guests were first guided on a tour of the Textile Machinery Museum.

Afterwards, the guests were taken on a discovery of the new Silent Play itinerary "A filo d'acqua" along the Agno river cycle path, led by Carlo Presotto and with the support of Paola Rossi and Gloria Marini (La Piccionaia), the Municipality of Valdagno and ALDA+. 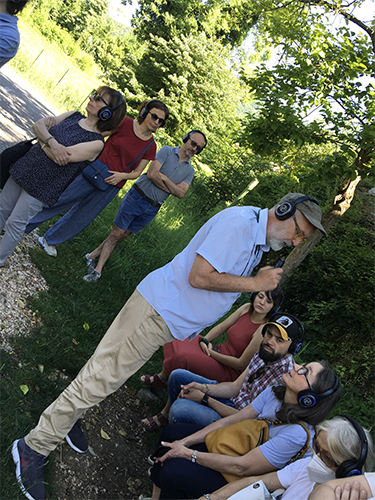 Likewise, the second day (11 June) was dedicated to the presentation of the new digital and cultural products realised thanks to the SMART project in the Valdagno Municipality, for members of the local community and the general public.

Throughout the day, there were Silent Play walks and guided tours of the Textile Machinery Museum.

At the end of the day, a conference was held at Palazzo Festari to inaugurate the archive of testimonies on the local textile tradition. Following the institutional opening by Deputy Mayor Anna Tessaro, who reminded the citizens of the importance of culture to stimulate citizen participation and for the socio-economic development of the territory, Luca dal Bosco from Filmwork took the floor with the presentation of the digital archive consisting of more than sixty interviews with citizens on the theme of textiles and the social city.

A great number of citizens attended the activities during the 2 days, where they had the opportunity to discover the digital and cultural interventions carried out in their territory with the project.

Closing the cycle of local opening events was the municipality of Saalfelden with an inaugural event held on 30 June. The event included a public presentation of the digital interventions realised within the SMART project, such as the 3D objects installed in the Ritzen Castle Museum, the web platform and the virtual tours. Finally, guests were accompanied to discover the new Silent Play itinerary around Lake Ritzen, led by local operators previously trained by the project partner La Piccionaia.